Milcombe  is a village and civil parish about 5 miles southwest of Banbury, Oxfordshire. 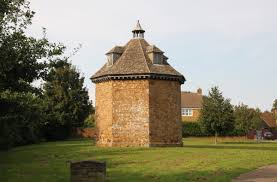 PERCY FREDERICK BISHOP was serving as a Private with the 5th (Service) Battalion, The Oxfordshire and Buckinghamshire Light Infantry when he was killed in action on 23rd March 1918 during the Battle of St Quentin. He was aged 21 and is commemorated on the Pozieres Memorial having no known grave.

He was the son of Henry and Mary Bishop having been born in Little Tew and worked as a farm labourer. He had joined the 4th Reserve Battalion of the Oxford and Bucks in 1915, being posted to the 6th and then the 5th Battalions. The expected German Offensive began with an intensive artillery barrage on positions west of St Quentin on 21st March 1918. The Germans attacked with numbers, boosted by troops released from the Eastern Front, in an attempt to win the war before the Americans arrived in numbers. Allied defenses were overwhelmed and Private Bishop was reported missing in action and presumed dead.

HERBERT COLEMAN was serving as a Private with the 2nd Battalion of the Grenadier Guards when he was killed in action on 27th August 1918, during the Battle of the Scarpe. He was aged 21 and is buried in Mory Abbey Military Cemetery.

He was the son of Una Coleman and lived in Milcombe with his mother and grandparents, working as a plough boy.

He enlisted into the Grenadier Guards in Bradford in January 1917. He joined the 4th Battalion Grenadier Guards in France in September 1917. On 12th Ocober 1917 the Battalion was involved in the First Battle of Passchendaele, a phase of the 3rd Battle of Ypres. The 4th Grenadier Guards and 1st Welsh Guards advanced through the heavy rain to move the line forwards a few hundred yards, north-east of Veldhoek, securing the blockhouses at Angle Point and Aden House to reach Colombo House on the edge of Houthulst Forest. Following which the whole of the Divisional position was subjected to a heavy German barrage of gas shells. Between 9th and 15th October, the Guards Division suffered 2264 casualties advancing the British line at Ypres. Private Coleman was wounded by shrapnel to the right thigh on 15th October and evacuated to hospital before returning to England where he was admitted to the Military Convalescent Hospital, Eastbourne.

After recovery he returned to France and joined the 2nd Battalion, Grenadier Guards. On 23rd August 1918 the Battalion had moved up to trenches near the village of Boiry-Becquerelle south of Arras. On 27th August, as part of the Second Battle of Arras, at 0900 they advanced on German positions around the village of Écoust-Saint-Mein. They came under intense machine gun fire and took over 200 casualties including Private Coleman. He was originally buried in the Grenadier Guards Cemetery in St Leger, being re-interred in Mory in December 1919.

CHARLES GEORGE FLETCHER was serving as a Private with the 2nd Battalion, The Oxfordshire and Buckinghamshire Light Infantry when he died of his wounds on 26th October 1914, during the First Battle of Ypres. He was aged 34 and is buried in Boulogne East Cemetery.

He was the son of  John and Elizabeth Fletcher of Church Street, Milcombe, having been born in Deddington and had worked as a farm labourer. He was also a member of the 4th Territorial Battalion, The Oxfordshire and Buckinghamshire Light Infantry. In July 1903 he married Edith Green in Milcombe in July 1903, they had two daughters and a son together.

He wascalled to service at the outbreak of war initially being posted to the 3rd Reserve Battalion of the Oxford & Bucks in Gosport. He joined the 2nd Battalion in France on 29th August 1914 as a replacement for losses incurred in the Battle of Mons. He saw action in the Battle of the Marne between 7th and 10th September 1914, where the British and French halted the German advance on Paris. This was followed by the Battle of Aisne between 12th and 15th September. On 20th October the Battalion were occupying trenches near the village of Pilkem, north of Ypres during the First Battle of Ypres. Private Fletcher was wounded in action and evacuated to No 7 Stationary Hospital in Boulogne where he died.

His younger brother Thomas was killed in action on the Somme in 1916.

THOMAS FLETCHER was serving a a Rifleman with the 13th (Service) Battalion, The Rifle Brigade when he was killed in action on 10th July 1916, during the Battle of Albert, a phase of the Somme Offensive. He was aged 22 and is buried in Pozires British Cemetery.

He was the son of  John and Elizabeth Fletcher of Rose Cottage, Church Street, Milcombe. He was working as a farm labourer and living at Grange Farm, Binley in Warwickshire when he enlisted into the Rifle Brigade in Rugby on 9th September 1914. He was posted to the 10th (Service) Battalion. They landed at Boulogne on 21st July 1915, as part of the 20th (Light) Division. He was wounded in action on 8th October 1915 with gun shot wounds to his head and shoulders. he was evacuated to the 9th General Hospital in Rouen and invalided home to England on the Hospital Ship St Patrick (below) on 16th October 1915.

After convalescence he returned to France on 11th December 1915,  joining the 13th Battalion in the field on 30th December 1915. On 6th July 1916 the Battalion moved to billets in the town of Albert and were told to prepare to go into action, and on 7th took over trenches on the Albert- Bapaume Road. On 10th July orders were received to attack the German lines at 2045. The Battalion had penetrated the enemy's third line before tha attack was called off. They had inflicted severe losses to the enemy and captured 200 prisoners but took 400 casualties themselves, including Rifleman Fletcher. He was originally buried near where he fell, his grave marked by a wooden cross, but was re-interred in Pozieres in 1919.

WILLLIAM ALBERT PRATT was serving as a Private in the 5th (Service) Battalion, the Oxfordshire and Buckinghamshire Light Infantry when he was killed in action on 3rd May 1917. He was aged 26 and is commemorated on the Arras Memorial, having no known grave.

He was the son of William and Sarah Pratt of 1 Geels Lane, Milcombe and worked as a farm labourer. He had enlisted into the Oxford and Bucks in Oxford in 1915, and was posted to the 7th (Service) Battalion. He was transferred to the 5th Battalion and arrived in France on 1st October 1915. As part of the 14th (Light) Division they saw action in the Battles of Delville Wood and Flers-Courcelette, phases of the 1916 Somme Offensive. In early 1917 they cautiously pursued the Germans in their retreat to the Hindenburg Line. On April 9th 1917 they took part in the First Battle of the Scarpe, part of the Arrras Offensive. On 3rd May they were involved in another attack near the Scarpe River. After initially capturing a German held trench an counter attack at 1100 forced them back to their lines. Casualties suffered by the Battalion were 287 killed, missing or wounded.

HERBERT WILLIAM WOODWARD was serving as a Sergeant in the 2nd (Airborne) Battalion, The Oxfordshire and Buckinghamshire Light Infantry when he died on active service on 10th May 1945. He was aged 29 and is buried in Oslo Western Civil Cemetery.

He was the son of  Albert and Mary Woodward of Milcombe and had married Doris Eltham in February 1943.

Some of battalion were attached to the Defence Platoon of HQ 1st Airborne Division and in September 1944, Sgt Woodward acted as the Platoon Sergeant when he took part in the Battle of Arnhem, during Op Market Garden. One of the few from 1st Airborne Division to escape from the battle, he remained with the Divisional Defence Platoon and in early May 1945, was amongst the troops sent to Norway as part of Op Doomsday to keep order and disarm the German forces in the region.

On 10 May 1945 Short Stirling, LK297, l9-G took off from RAF Great Dunmow at 0355 hours, bound for Gardermoen airfield in Norway. The aircraft crashed at Andtjernâsen, ten miles north of Oslo, ploughed down the hillside and exploded.  The weather conditions at the time were terrible, with thick fog and rain compounding problems created by the poor signal from the Eureka beacon at Gardermoen. The crash killed all on board, including the six crew members, Air Vice-Marshal J R Scarlett-Streatfield, and 17 members of the British 1st Airborne Division, who where being transported to Oslo as part of Operation Doomsday.

The aircraft was not found until 21 June 1945, when soon afterwards they where buried at Vestre Gravlund in Oslo. In 1995 a large memorial marker was raised at the crash site.

JOHN WILLIAM WOODWARD was serving as a Rifleman with the 2nd Battalion, The King's Royal Rifle Corps when he was killed in action on 30th August 1944. He was aged 28 and is buried in Fleury-la-Foret in an isolated grave that has been lost. He is commemorated on a special monument in St Sever Cemetery in Rouen.

He was the son of  Albert and Mary Woodward of Milcombe. He was living in London when he enlisted into the Queen's Westminster and Civil Service Rifles, later transferring to the KRRC. The 2nd Battalion KRRC landed on the Normandy beaches on 7th June 1944, as part of the 4th Armoured Division. They saw heavy fighting in Operation Epsom and The Battle of Caen until 4th July. His younger brother Herbert died in 1945, above.